Digital radio in the connected car 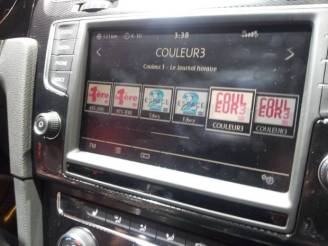 The connected car has long been a hot topic in the automotive world. Vehicle manufacturers seem to forget cars and drivers have long been connected via their radio. Radio has not only been one of the longest serving parts of the entertainment system, the 1922 Chevrolet came with a Westinghouse radio at a cost of $200. Broadcasters also realised that drivers needed information. Traffic information was broadcast on the BBC as early as 1930 with warnings of ‘heavy traffic’. Radio remains the choice of drivers for news, weather, sport, entertainment, speech and music services and for live and local content.

The connected car is sometimes called the 5th node, or in other words, a mobile office and or home entertainment space with the benefit of getting you from A to B. Whether it’s via the built-in infotainment system or a mobile device, information is being brought into the car accessing the internet, the cloud or using the 3G and LTE networks the car is now connected.

Discussions in the automotive sector have focused on how drivers will access data whether through the car’s own system (broadband) or via mobile phones (3G/4G). Smartphones now offer many of the functions originally found in the car. And as drivers increasingly run their lives through their phones the car is becoming a phone on wheels. To compete with the smartphone however auto makers are increasingly favouring IP as their connection of choice – BMW announced in 2013 it would deliver traffic data via embedded 3G modems in the car on the 7 Series in the US.

These developments present a problem for the broadcast industry as music is brought into the car via the mobile and IP. At the 4th WorldDMB Automotive Event in October 2012 both the CRA and the EBU showed that radio listening in-car across Europe and the world remains high. Drivers like to listen to live radio with continued popularity of ‘drive-time’ radio shows. Radio still connects people. Digital radio makes use of the screens now becoming ubiquitous in cars providing slideshow, TPEG information and possibly tagging for a listen now, learn later experience. Although the automotive industry is concerned with driver distraction, broadcasters can provide content to these screens that adds visual and informative information at a speed similar to those appropriate not to distract.

Connecting drivers on another level

Digital radio like traditional radio also provides drivers with a clearer signal where network coverage is optimised at no extra cost to the driver or the automotive maker – another issue which dominates the agenda of automotive conferences. Not only this but in the all-important area of emergency safety broadcast remains the most efficient and effective way of delivering information to a large number of motorists at any one time.

This entry was posted on April 28, 2013 by WorldDAB in Automotive Industry, Benefits of Digital Radio, Content and Services, Digital Radio Rollout, Europe, Internet and Hybrid Radio.