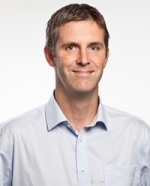 Broadcast radio has always been a central feature of car dashboards, and drivers expect radio to be available and accessible in cars. With around 20% of all listening taking place in-car it’s important that this prominence isn’t lost. In addition to FM, DAB and DAB+ are rapidly becoming standard in the UK, with 58% of new cars now coming with DAB, as well as growth in other European markets. However, digital dashboards and infotainment systems are evolving fast. Internet connectivity is enabling a much wider, and more complex, choice of audio content in the car, with smartphones connecting to the dashboard.

Over the past five months Digital Radio UK has conducted the first “Digital Dashboard Audit” of new cars. The objective of this is to understand if radio is still prominent on the dashboard, what the DAB and internet radio user experience is like and what the impact of connectivity will be on the dashboard of the future. 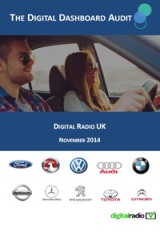 Although we’ve had plenty of anecdotal feedback we’ve never had a body of evidence to help us start a meaningful dialogue with vehicle manufacturers. We looked at new cars from the top ten UK vehicle manufacturers and spoke to product planners in the UK and Europe. So, what did we find?

Firstly, it was encouraging to see that radio is still prominent on the majority of new dashboards and 70% of the cars we looked at had a dedicated “radio” button.

However, on the rest there was no radio button, and radio was found further down a menu. While vehicle manufacturers across Europe are very clear that broadcast radio will remain standard on future dashboards, its prominence could be eroded over time.

Once we’d found DAB we then looked at the user experience, something that Commercial Radio Australia have also looked at and presented in their report at the World DMB General Assembly. The user experience in some cars was very good but was poor in others. In making our assessment, the main problems occurred when having to search for stations by multiplex and not via a simple alphabetical list, which some did have, but many didn’t. Other factors that contributed to our assessment were the ease of navigation, the re-tuning experience and if the system supported functionality like service following. The inconsistency of the terminology used to describe radio features was also an issue and labels such as “Block 5A” won’t be understood by most people.

Radio’s place in the ‘connected car’

Only a few of the cars had the ability to integrate the smartphone with the dashboard (their own proprietary systems) and offer streamed radio and audio services, but this will change in 2015 when Apple CarPlay arrives, and possibly Google’s Android Auto. A few things were obvious straight away when streaming radio: network coverage and buffering are an issue and some of the menus for web radio are just too complicated when you’re driving. Driver safety is already important and this could become a bigger issue for connected cars.

It seems likely that consumers will face a split personality for radio and audio in connected cars. All the major vehicle manufacturers are developing their own systems to connect with smartphones while also working with Apple, Google and others. Each system will have its own look and feel and user interface. When smartphones are connected, broadcast radio is nowhere to be seen and the term “radio” is being diluted and used to describe other services, such as Spotify. However, it is clear that in amongst the noise about connected cars, we have an opportunity to present a great, simple, open standard radio experience for connected cars, such as the new Radioplayer car adapter, that could be standard on car dashboards.

But we need to take action as an industry now, and this must be coordinated in Europe and globally.  We will be using this research to focus our dialogue with vehicle manufacturers on radio and the digital dashboard. We will be putting forward practical solutions to address some of the usability issues and help consumers. This must be a collaboration and we have shared our findings with vehicle manufacturers, at the World DMB General Assembly and with the World DMB Automotive Working Group. It is vital that broadcasters are consistent in their messaging to the vehicle industry and we have an opportunity to do this at some of the major automotive shows next year. We must be saying:

– Radio must be visible and easily found on the dashboard

Consumers love listening to radio in their car and we must all work together to develop a great radio experience for connected cars.

This entry was posted on November 28, 2014 by WorldDAB in Automotive Industry, WorldDAB Project Office.