Ahead of his presentation at IBC in WorldDAB’s Insight Session, we speak to Laurence Harrison, Technology and Market Development Director, Digital Radio UK, on the status of DAB in the UK and the importance of setting a date for DSO. 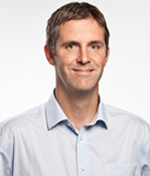 What is the status of digital radio adoption and progress to DSO in your country?

“2016 has brought with it a new age for creativity and competition in digital radio in the UK. March saw the launch of the second national commercial DAB multiplex and the first national DAB+ stations. There are now 40 national DAB stations as opposed to only eight on analogue and the total number of DAB stations in the UK is now over 390, bolstered by the success of the 10 DAB mini-muxes with over 90 stations between them.

“This year will also see the completion of the DAB coverage build-out for BBC national (97%) and local services (91%) which is the first government switchover criteria. As part of this, DAB road network coverage has improved, benefitting the 85% of new cars that now come with DAB as standard. These developments and the unprecedented growth in choice saw the largest ever annual percentage rise in digital listening last quarter to over 45%. We are now in a strong position to see further growth in digital radio listening and expect to hit the government’s second switchover criteria of 50% digital listening in the second half of 2017. At that point we expect government to hold a review and make a decision on a future switchover.”

How important is setting a date for DSO?

“First and foremost we must have a clear decision on a future switchover to give certainty to consumers and industry. For the digital radio supply chain and car manufacturers, a timetable is  important as it would help planning and investment decisions. It is also likely that a date would help accelerate the conversion of the 75% of the UK’s cars on the road that don’t currently have digital radio. However, we must ensure that any switchover is audience-led and that we do not leave any listeners behind by switching over before people are ready.”

What do you expect to be a big theme/story at IBC this year?

“The UK has been at the forefront of digital radio for some time but now we are starting to see genuine digital radio growth across Europe in countries such as Germany, The Netherlands, Belgium and Norway. This growth is being led by consumers, who value the additional choice that digital provides, and broadcasters, who now see a clear business opportunity in digital radio from to the extra capacity and flexibility it offers. Because of this, I expect to see an increase in innovative digital radio production and broadcast technologies. At the WorldDAB Insight Session I expect the focus to be about how broadcasters and consumers are embracing digital radio and planning their countries transitions to a digital future.”

This entry was posted on September 7, 2016 by WorldDAB in WorldDAB Project Office.