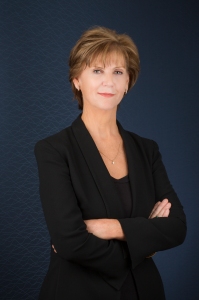 In Australia, we’ve seen a big acceleration of support from car manufacturers, with 33 brands now offering DAB+.  One in three new cars is now sold with DAB+ installed, and it’s particularly pleasing to see it is now being included in more mass market cars like the Honda Civic and Mazda3, and not just in the luxury end of the market. We’ve also seen the successful launch of the LG Stylus DAB+, the world’s first smartphone to include DAB+ radio. The phone went on sale in Australia in May and has become LG’s top-selling smartphone for 2016.

Another highlight has been the launch of the first permanent digital radio services in Indonesia. The national broadcaster RRI has built a dedicated DAB+ studio in Jakarta and now has 3 markets covered with DAB+ and 8 services on air.

In Hong Kong, three DAB+ broadcasters have gone off-air. Without pre-empting the conclusions of a government review that is in progress, the situation highlights that many factors come into play in a successful DAB+ rollout – a sound business case, a realistic implementation plan, supportive government policies and an attractive station format and content. DAB+ is a proven technology and we remain optimistic that the issues in Hong Kong can be resolved if DAB+ is given the appropriate level of long-term commitment that is required for any new technology to become a success.

In other markets, WorldDAB has continued to conduct workshops in places such as Kuala Lumpur, Korea and Myanmar. Malaysia continues to trial digital radio with 12 services on air. Thailand is in planning phase for a digital radio trial after reaching 95% household penetration in their transition to digital TV. Some markets will move faster than others, but we remain optimistic that there has been steady progress in many countries.

Looking at the theme of the event this year, what new content/stations have been enabled in Australia by DAB?

Some new DAB+ stations that have been launched recently include EON Sports Radio, a 24/7 sports station which offers live football and basketball matches and analysis; 7 Rio Live, a pop-up station that broadcast live during the Olympic Games; and Rhythmos, a Greek language station.

Kinderling Kids Radio, which  was launched in June 2015 aimed at the under 5s and their carers, has been successful in building a following and recently won an Australian Commercial Radio Award for Best Digital Radio Format for 2016. The station has been quite inventive in programming upbeat or relaxing music suited to the different times of a toddler’s day, as well as shows featuring famous guests talking about their favourite songs and stories from their childhood.

As digital radio has developed, broadcasters have taken a more strategic approach, introducing new digital stations and rebranding existing stations to fit more strategically with their overall broadcasting vision. The approach is not about what format will attract the most listeners, but what format will complement their overall offering. For instance, one network recently stopped broadcasting a classic rock digital station, which was one of its most popular DAB+ stations, to prevent it competing against its existing FM rock stations. Instead, it has launched an easy listening station, a format it doesn’t offer on FM, which enables it to appeal to a different audience and advertiser base. The beauty of the way DAB+ has been implemented in Australia gives broadcasters the freedom to trial new formats, brands and stations quite quickly, with relatively low risk.

What is the key message from APAC that you’ll be taking to the GA?

Broadcasters are the key to moving DAB+ forward in Asia Pacific  – we’ll be working with the operators to try to encourage them to approach regulators with an implementation plan. In some markets, public broadcasters will drive the rollout, but in other markets, the introduction of commercial broadcasters can provide a strong competitive impetus.

We are also keen for WorldDAB to continue to work with receiver, smartphone and car manufacturers to develop the enormous potential in the region. It’s great to see LG having success in markets like Australia with the LG Stylus DAB+, and we hope this encourages other mobile manufacturers to follow suit. Having DAB+ included in smartphones and the ready availability of low cost receivers will accelerate uptake.

We are also keen to develop more local “champions” for DAB+, experts who can promote, advise and talk knowledgeably about the technology and its potential.

And what are you hoping to see/hear at the GA this year from elsewhere?

I’m very interested in case studies from around the world that demonstrate how broadcasters have been able to use DAB+ to build audiences, increase time spent listening to radio and generate revenues through either advertising or other business models. It would also be good to talk about developments in the auto sector and how we can retain radio’s place in the car and improve its presentation and interactivity.

This entry was posted on October 27, 2016 by WorldDAB in Asia Pacific, Content and Services, General Assembly, WorldDAB Project Office.

Error: Twitter did not respond. Please wait a few minutes and refresh this page.