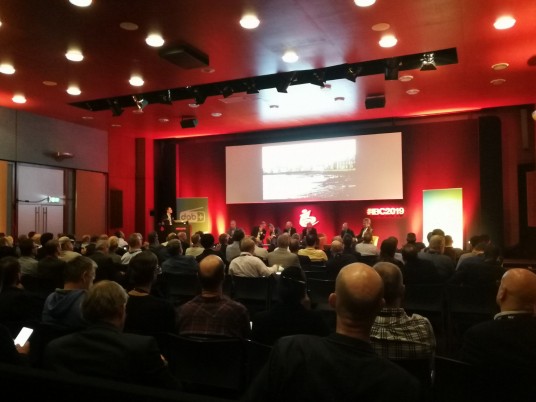 IBC 2019 saw experts from across the radio industry come together at WorldDAB’s session on radio’s migration to digital. Titled Radio distribution strategies for a connected world, the session addressed digital terrestrial radio’s place in the distribution mix and offered insights for broadcasters on how to assess all digital distribution platforms, including 5G, in order to make informed investment choices to safeguard broadcast radio’s future.

Following an introduction from WorldDAB president Patrick Hannon, Graham Dixon from the European Broadcasting Union highlighted the significant development of DAB+ digital radio in Europe over the past decade – over 1500 stations are now on DAB / DAB+ across 31 markets within the EBU area, and one third of those stations are exclusively available in digital format.

Dixon also touched on the European Electronic Communications Code (EECC), which requires all new car radios in the EU to be capable of receiving digital terrestrial radio by the end of 2020. He highlighted the national legislation on this subject already in place in France and Italy – and a draft law which is currently going through the legislative process in Germany.

Michael McEwen from the North American Broadcasters Association (NABA) then took the stage, delving into the latest developments of digital radio in North America and pointing to hybrid radio, and a combination of broadcast and IP, as the way forward. In North America, there are currently over 4000 digital channels are on air, while more than 60 million cars equipped with a digital radio are already on the road. 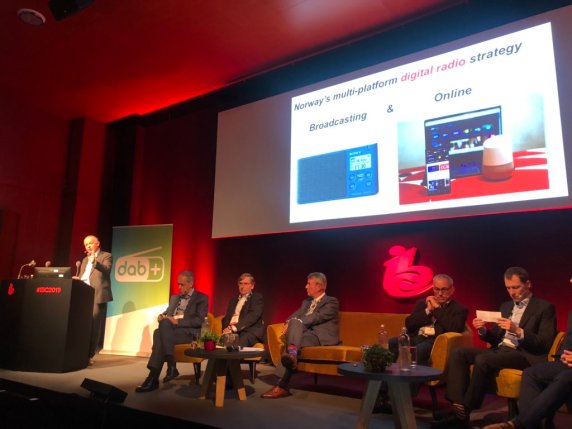 Drawing on his experiences from the digital switchover successfully carried out in Norway in 2017, NRK’s Jørn Jensen discussed the criteria required to switch off analogue radio – including the need for engaging content, and reliable solutions for radio reception in aftermarket cars – as well as the importance of getting young people on board with digital radio. In Norway, over a third (35%) of all listening currently takes place on new, digital-only stations. The next phase of NRK’s plans are focused on delivering a complete multiplatform distribution strategy.

The BBC’s lead radio engineer Andrew Murphy presented the findings of a 4G and 5G technology trial used to deliver radio in Orkney, Northern Scotland. The conclusion of the trial was that 4G – and 5G, further down the line – could potentially present a viable means of providing radio in remote locations. However, with the networks only just being rolled out, he stressed that more work was needed in this space to better understand the implications and benefits of the technology in relation to broadcast radio – a view also supported by Jordi Gimenez from the Institut für Rundfunktechnik, who argued that the lack of regulation and standardisation means 5G is not yet capable of successfully supporting radio broadcasts.

Taking the stage on behalf of Radioplayer, Jacqueline Bierhorst addressed the importance of metadata for in-car digital radios, and how getting the right solution in the car can lead to enhanced visuals and voice-controlled features, ultimately providing a more personalised experience for drivers.

WorldDAB president Patrick Hannon drew the session to a close by highlighting the development of DAB+ beyond Europe – including launches in Tunisia and Kuwait, and new trials in Thailand and Vietnam, reiterating that radio needs a multi-platform strategy with DAB+ at the heart of it. Reinforcing a call for collaboration and unity within the industry, Hannon concluded by emphasising the importance of securing legislation that would require all new consumer radios to be capable of receiving DAB+.

This entry was posted on September 19, 2019 by WorldDAB in WorldDAB Project Office.